For many of you who are reading this blog, you are undoubtedly aware of what the word ‘waiguoren’ (外國人) means. On face value, it means ‘foreigner’, but when you look at the word deeper, it a way of describing someone who isn’t ethnically Taiwanese, Chinese, Korean or Japanese. On the surface it makes sense. The logic is that it is difficult to distinguish foreigners from one another, particularly Europeans and Africans.

In other words, all foreigners look-alike. Whether you be German, British, Slovakian, or Nigerian, you guys, black or white, look the same. I have had friends explain to me that it is easier and less time wasting to refer to the foreigner in the room as a ‘waiguoren’ out of easiness. Hence I use the phrase ‘being the waiguoren in the room’ like ‘being the elephant in the room’.

For some of you reading this, you will think that in the US and in Europe, we would oftentimes refer to coworkers in a fashion that is not so different to how the word ‘waiguoren’ is thrown around in Taiwan. For instance, I have been referred to as the ginger or Irish guy in the office in some international offices I have worked in. Other times I have heard people refer to colleagues as the Latino or the black guy over there. However, a word like ‘waiguoren’ is simply a blanket term for basically anyone who isn’t Taiwanese, Korean, Japanese or Chinese. You could grow up in Taiwan, speak the language and participate in the culture, but you are still a ‘waiguoren’.

Being called ‘waiguoren’ in Ireland

Before you start to say “it is just a word that means you are foreign”, let me tell you a story. In Ireland, I have quite a few Chinese and Taiwanese friends. For the most part, they never refer to me as a ‘waiguoren’. However, whenever they introduce me to other Taiwanese or Chinese, they refer to specifically as their ‘waiguoren’ friend. Even though I am in Ireland, the country I was born and raised in, I am still referred to as a ‘waiguoren’.

When I mentioned to my friends that I am not a ‘waiguoren’ in Ireland, they took a second to realize what they had said. Most of the time we just laugh it off because it is kind of funny and the reason it is funny is because the word ‘waiguoren’ no longer means ‘foreigner’. The meaning of the word is more complex than meets the eye.

Waiguoren can be used in an offensive context, in the same way calling someone a foreigner in Europe or North America in a particular context can be offensive. Sensationalist newspaper tabloids have done a great job at this in the UK and Ireland and Taiwan is definitely no different.

In Ireland, we have news reports pertaining to the rise in the crime rate in Ireland as being a result of Polish immigrants. The article was trying to spell out that the rise in immigrants to Ireland was causing crime rates to go up. This link was really weak and the reality was that it wasn’t Polish led crime, instead the rise in the crime rate was a result of the economic crash in 2007-2008. That news story eventually broke a few months later. But the damage was done. The attitudes towards foreign nationals in Ireland was dampening throughout the recession.

‘Waiguoren’ is also a word we permeate

Unlike Asia, you need to have a good understanding of the local language (English) to work in Ireland. Though, you could probably pass with enough English to say ‘Me no English’ and still work. The use of English is pretty much essential if you are living in Ireland. Foreign nationals who do not speak good English or refuse to part-take in greater society, usually don’t last very long.

However, in Taiwan, as a ‘waiguoren’, we have the privilege of not having the expectation or the need to speak Mandarin. Even though I can speak Mandarin to a good degree, people still reply to me in English. The reason is because most foreign nationals in Taiwan speak minimal to no Mandarin and rely on the very basics to get through their day to day. There is nothing wrong with this, but it only permeates the belief that we are different, we are not anything other and ‘waiguoren’ and even the foreigners who speak Mandarin are treated in a high regard, despite the fact that being able to speak the language of the country you live in should not be something to be blindly admired.

The idea of expecting surroundings to fit to an individuals needs or deficiencies is quite ignorant. It works in many ways, not just for expats in Asia, but for anyone living abroad and not wanting to indulge in local culture. For many of us in Asia, living here is not permanent and thus there isn’t much motivation to want to learn Mandarin anyway.

Therefore, the issue of understanding the local language and culture is down to many issues of residency, naturalization and the quality of life a foreign national can enjoy in Taiwan to prompt them to want to learn the language.

So, how can a word like ‘waiguoren’ really be changed in the greater scheme of things?

The truth is, it can’t be changed.

The place that most foreigners in Taiwan have isn’t substantial. This doesn’t make sense considering the laws and news directed towards us is far heavier and has more attention paid to it than issues that pertain to migrant workers from South-East Asia. The issue is neither immediate enough or large enough for Taiwanese society to care about.

If you really want to see what many Taiwanese think of foreigners, this is a music video about “waiguoren” in Taiwan. It reinforces both positive and negative stereotypes and has black face. It is in no way a representative of greater Taiwanese society’s view on foreigners, but there people in society that might agree with the stereotypes seen in this music video. The thumbnail for this music video is embarrassingly just a screenshot of the YouTube video without a cropping to hide the timeline at the bottom.

The word ‘waiguoren’ to me use to mean a sense of exclusion. It gave a feeling of otherness that can set you a part from the rest of the people around you. Some people can enjoy this aspect and feel somewhat special, but it isn’t something that is worth having the hassle over. If one is living in Asia for a short period of time, the word will mean very little insofar as it simply meaning ‘me’.

I have stopped taking a hostile view of the word. It’s meaning of otherness is warranted for foreign nationals who don’t adopt the local language or culture, but for people who make Taiwan their home and partake in society, it can be a word that isn’t necessarily offensive or derogatory, but it still a statement of fact that you are not only foreign, but ethnically, culturally and to a larger extent, linguistically divergent from what it is expected to be “Taiwanese”. 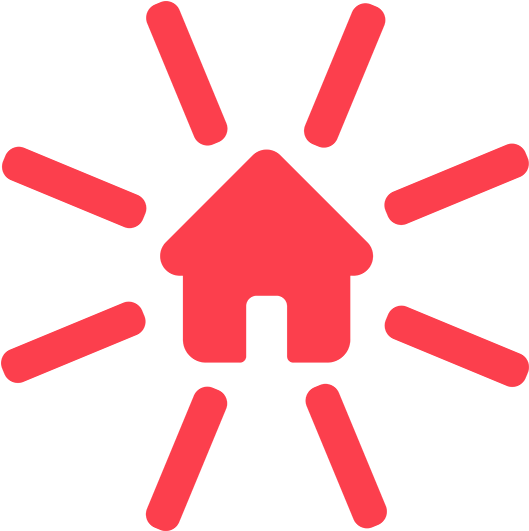