For many of us, the contemplation of a better life being elsewhere is a comforting thought. Heck, many expatriates and immigrants in Taiwan probably had a yearning for life elsewhere because, in their minds, it’s new and different.

This mindset is called the “Geographical Cure,” and it’s a means for many of us to fall into the trap of either not committing to where we live, or growing resentful of it. Basically, this cure involves believing that the grass is greener on the other side.

Believing the Grass is Greener in Taiwan

First of all, the issue of the Geographical Cure is not something exclusive for anyone in Taiwan. It’s something ingrained in all of us, regardless of where we are living at any time in our lives.

However, there is something to be said about being an expat or immigrant in Taiwan and believing a little too hard in life being better elsewhere.

For me, I had weaved in and out of playing the comparison game of Taiwan and my home country. For me, it was a way to offset my own sense of inadequacy about being a foreigner in Taiwan. I haven’t thought like that in years, but it was a selfish thing to do, and I acknowledge it today.

Heck, there have been studies on this issue. In a 1998 published research paper in the Psychological Science journal, it was found that Midwesterners that move to California do initially perceive themselves as being happier. However, after two years, these Midwesterners began to miss the rougher climate of the Midwest. Eventually, they found a lack of relationships to be a factor for them wanting to move back.

The Focusing Illusion of Living Abroad 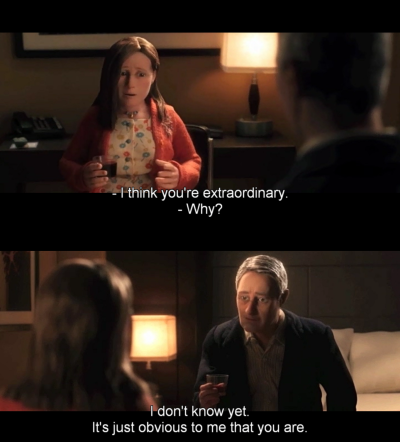 The Focusing Illusion is a type of bias wherein people put too much emphasis on one aspect of a place, causing them to inaccurately perceive the place or event until much later after the reality kicks in.

For many people that take the leap abroad, that reality kicks in. From visa troubles, language barriers, cultural differences, and even how people socialize differently can bring reality back for most of us. Even if you can jump the hurdles of getting a resident visa and conquer languages, your entire perception of your former illusion is now brought into focus for what it truly is; a place where people live, not a place for your need for change.

For many of us that have been in Taiwan for a while, our perception of the island has changed. I’ve personally had the fortune to learn Mandarin before arriving in Taiwan. I also spent time in China, which is why I appreciate Taiwan so immensely.

For others, their expectation of Taiwan could be based on reading that Taiwan was voted the best expat destination. I personally know four people that came to Taiwan because of this news.

Whatever your reason for coming to Taiwan, there is no denying that all our perceptions of the island have changed. While some of us focused on the island’s array of food and destinations, and others about…..well let’s say they have a sort of fever, most of us stay because, after a while, Taiwan is home.

With that said, even the most long-term of us expats and immigrants can still give in to the temptation of entertaining the Geographical Cure. After all, we can all resist anything except temptation!

Why we Entertain the Geographical Cure

There are many reasons why we give in to this cure. Perhaps you don’t have an active social circle of friends, or maybe you don’t think there are many opportunities in your current situation. However, believing the grass is green is something more essential to our human experience.

Having the notion that life could be better elsewhere is an easy form of escapism without needing to actually do anything. Believe me, there’s nothing easy about moving internationally, and you need to be sure it’s something you want to do.

Why the Geographic Cure May Not Be a Cure

Like I said earlier, the dream of moving away from sounds amazing inside of our heads until we have to deal with the logistical nightmare of actually having to do it.

Just think about how much of a nightmare it was to come to Taiwan. Hell, Taiwan, compared to most other countries in the world, is immensely easy to get into (but it’s difficult to get citizenship).

Added to that, merely moving from one place to another doesn’t change your own personality or anything that is underlying inside you. By moving abroad to make new friends or find new opportunities, you might find that the same issues that plagued you before are still present, albeit in a different place.

The truth is, many of us leave Taiwan, and it isn’t merely because the grass is greener. We can find new job opportunities, or maybe it’s because Taiwan was just one stop in a line of others in your adventure. Whatever your reason to leave, hopefully, it isn’t just because you want to reinvent yourself by moving abroad. It usually never works, and you end up turning into jilted and jaded expats.

Nah, if you want to make the most of where you live, particularly if you’re in Taiwan long-term and perhaps you don’t have the same mobility to move as you once did, then maybe you should think about doing the following things to make:

Recognize The Geographical Cure As Not Being a Cure

Now, there are a lot of people that move abroad and around because they’re making the most of their opportunities, and this cure may only have a small part in their decision-making.

However, for people that give into the mentality I’ve been discussing, you need to recognize the Geographical Cure as being nothing more than an indulgence. It’s fun to think about, but it doesn’t really change your situation, and you should start to think about what changes can make you happier.

Focus on Finding a Social Circle

Here’s something funny. When you move abroad, you’re probably going to be lonely. Heck, you have very little social capital, and having social interactions is shown to increase a person’s happiness, and it could also be relevant to your health.

You need to find a group of friends and take part in more social interactions. Now, in Taipei, that’s not very difficult. If you’re super new to Taipei, you could try to use InterNations, or you could go to the place you’ll be able to easily talk to other foreigners and some locals, Revolver in Taipei. Seriously, I met some of the dearest people from my entourage there.

Being a university student, I found that interacting with local students was quite tricky because there really is a difference between domestic and international students in terms of what activities we all like to do. With that said, I found perhaps my two best friends in Taiwan in a lecture on aborigine culture and society in modern Taiwan. We have a Messenger group that we talk to each other daily, and we do try and make time meet up, butt being adults, that isn’t always easy.

Seriously though, find friends and create a circle. Moving abroad might make this more comfortable for you when your social interactions involve “I’m a foreigner too!” but when you get down to interests and hobbies, you may not have a lot in common.

Nope, you have to try and make friends.

There’s a lot to be said about wanting to travel abroad. Many expats do it because they want a change of scenery, and they have the means to travel and move freely. Not many people can do that.

If you’ve found after settling into life in Taiwan that you still have a yearning for something more, you really should evaluate if this is a genuine desire. You might realize that you aren’t taking full advantage of the life you have now in Taiwan.

You might also realize Taiwan isn’t the problem, but maybe you are. I guess that’s why when I meet a foreigner in Taiwan that does nothing except complain about being disconnected and wanting something new, I think of the movie “Anomalisa.”

In this 2015 masterpiece, we see a character that is suffering the Fregoli Effect. This effect makes the main character perceive everyone to have the same face and voice, and it’s a symptom of his lack of social capital and his ability to meaningfully interact with people.

He eventually finds a woman that has a unique face and voice, and without overthinking about whether or not he’s interested in her, he just clings to her. He, like many people, enters into a Focusing Illusion, in that he only focuses on the things that matter to him, and when the reality that she has flaws and quirks he isn’t used to, her face and voice turn into the same one he sees and hears from everyone else.

I hope my analogy made sense, and if you’re interested in the film Anomalisa, check out the trailer here. 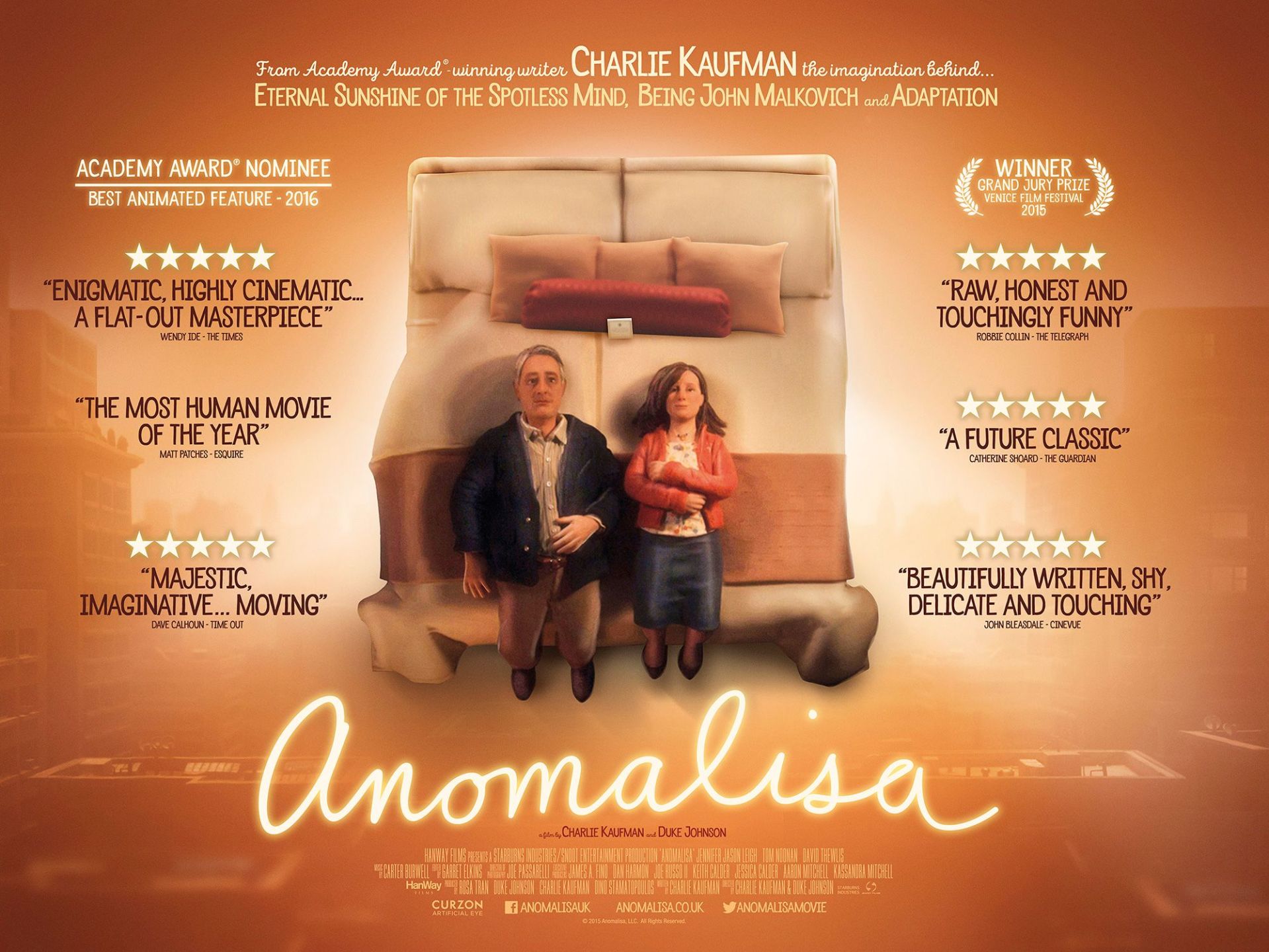