We’ve all heard tropes about foreigners in Taiwan. You’ve got the sexpat that comes to Taiwan to get laid. We’ve also got Peter Pan, who came to Taiwan to never grow old and wants to live like they’re in their twenties until they die. The white savior is another common one you see of self-important people who, despite whatever good intention they had, simply got too absorbed in their own need for validation to actually care for people.

Truth be told, I don’t really see these tropes all that often. Sure, you can find’em if you try a bit hard. But it’s not as immediate as it once was. Unless you go for a night out and find that one foreign dude from the US that keeps asking about Asian women, and you throw this at them to shut’em up.

There’s one trope in Taiwan among the international community that I’ve seen that’s pretty interesting. I’ve even given it a name, albeit not as quirky as the others. So instead, I’m using a term to describe this. The zeal of the foreign convert.

What is the Zeal of the Foreign Convert in Taiwan?

The term “the zeal of the convert” describes the kind of fervent devotion one has to new beliefs. Typically it’s a term associated with new religious converts who have to behave more radically or devoutly to disprove any question of their loyalty and faith.

For many foreigners in Taiwan that need to act more devoutly to Taiwan in terms of loyalty is a reality. However, some of us, myself included, show an affinity beyond Taiwan just being a place we live. We’ve researched aspects of Taiwan’s culture and society, partaken in NGOs and other activist organizations, hell, some of us foreign nationals are involved in politics.

The line that’s crossed to go from being loyal to Taiwan as a foreign national is when you add the element of China.

There is a massive misconception among some “local foreigners” that being “Taiwanese” is based on the rejection of China. This identity formation is built on the rejection of Chineseness is dangerous. It is easy to be accepted into many parts of Taiwanese society by claiming distrust and disgust of China, but—I might offend people saying this—it’s hollow. It ignores everything great about Taiwanese culture and society.

You don’t base a love of Taiwan on hatred of China. You can base a love of democracy on a hatred of authoritarianism, but some of us will say we dislike the CPP, while others will blanket that term for all Chinese people.

What makes Taiwan great isn’t a rejection of Chinese colonialism but rather the society and culture that’s being built today from various influences in time and history. The indigenous Austronesian people of Taiwan, Spanish, Dutch, Hakka, Hoklo, Ming, Qing, Japanese, KMT, and the modern Taiwanese society with the new immigrations. That’s Taiwan. Basing your love of Taiwan on a rejection of China isn’t loving Taiwan. It’s plastic love.

An Irish Affinity for Taiwanese Independence and Recognition

I’ve made memes and posts about the relationship between Taiwan and China, and I make no apologies for it. My own upbringing in Belfast and the free state definitely gives me an affinity for Taiwanese independent aspirations that goes beyond the status quo. I’d ideally like to see a Taiwanese future be led to a de facto and internationally recognized state of independence.

This is in line with Ireland’s long struggle with the British government, and I feel my affinity for Taiwanese independence is a natural one.

But here’s the kicker, I don’t hate the British. I’ve never felt that way. What’s happened in history happened. Even today, with unionists in Northern Ireland, I still don’t hate them. As my grandmother once said, forgive but never forget.

Final Thoughts: Moving Past China and Focusing on Taiwan 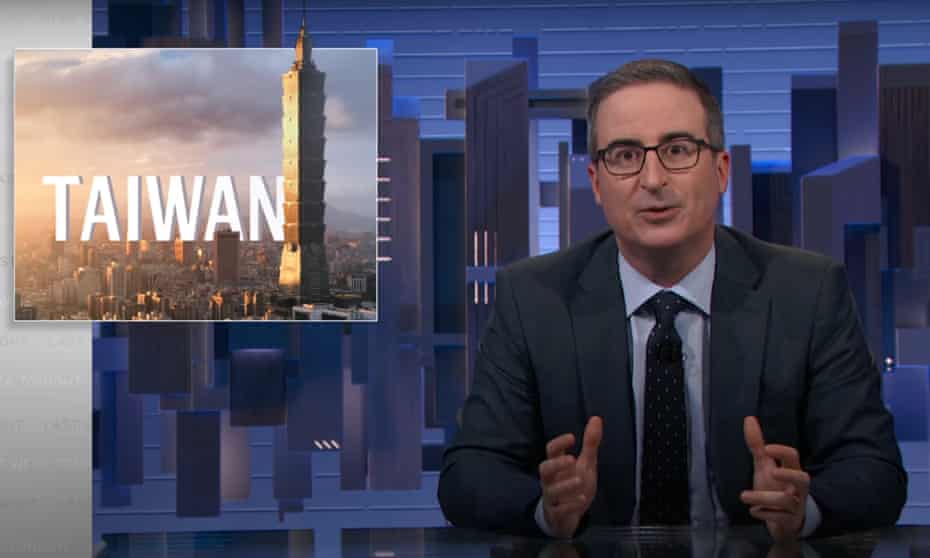 John Oliver on Last Week Tonight summarised my feelings for Taiwan. He and his team were helped greatly by Lev Nachman and Brian Hioe (and many others I’m probably forgetting, and I’m sorry).

“Maybe the best thing we can do is move past talking about Taiwan like it’s some sort of poker chip in a game of us vs them. Because the fact is Taiwan is not a plucky bulwark against the red menace nor is it some sort of island-sized viagra to rejuvenate the Chinese nation. Taiwan is 23 million people who in the face of considerable odds have built a free democratic society and very much deserve the right to decide their own future in any way they see fit.”

Taiwanese identity and society shouldn’t be based on China, the US, or any other global power. It’s for the Taiwanese to decide. Trojan horsing one’s way into society by only saying you love Taiwan by hating China isn’t what Taiwan needs. It needs more foreign nationals who love Taiwan for the little things and contribute beyond a hollow “love” that’s hate-based.