I see a lot in common with many young[ish] Taiwanese. They either grew up with or inherited the KMT, who held a monopoly on power until they were told to hold some elections because folks decided an iron fist wasn’t what they wanted. Likewise, I come from the North of Ireland, where Unionist parties had a monopoly on power like the UUP and the later DUP (the most relevant).

Both the KMT and DUP represent a dying but still exceptionally relevant breed; dinosaurs with voters. We both live in Jurassic Park minus the handsome Jeff Goldblum (he’s so talented).

But hey, comparing political parties and systems is always a nasty bit of work. Even if there are broad strokes, there are still so many nuances that it’s generally nothing more than pub talk to compare political parties from various countries. Smarter people than me try to do it and make a dog’s dinner of it.
I’m still going to try because I got drivel, and you got time and interest.

The Pain of Comparing Taiwanese Politics with Tinted Lens

In late 2020, commenters on my Facebook page suggested that Donald Trump was akin to Tsai Ing-wen and that Joe Biden was a worse version of Han Kuo-yu (Korean Fish). Of course, such a statement is laughable to me and my circle. But the fact remains that the perception generally informs our understanding of politics in other countries of our own.

Hence, many Americans and Europeans like to make a comparison of the left and right in Taiwan, namely, the DPP is left, and the KMT is right. Such a comparison neglects a tremendous amount of nuances and ignores the fact that the DPP is a diverse set of people with a ton of differences at its core. On the surface, the party looks progressive, but much of it is deeply conservative. There are many great legislators like Jiho Chang (張之豪) and Lai Pin-yu (賴品妤) among others, but you can’t change a party overnight.

It just needs to be emphasized that my perception of the KMT is influenced and informed by my own experience with Unionism in the UK and Northern Ireland, and that has made me a lot less endearing to them.
That doesn’t mean I’m wholly endeared to the DPP. Quite the opposite, in fact. They’re simply the only alternative with elements I like and many elements I dislike, such as their lack of reform of taxes, labor rights, and migrant worker rights.

What is the Unionism in Ireland?

Ireland was one of Britain’s first colonies. Now, some will say the colonizing began when the Normans came in 1169, but I’m afraid I have to disagree. The Normans became more Irish than the Irish themselves (Níos Gaelaí ná na Gaeil féin).

No, I instead look at the plantation of Ulster as being the real start of British colonial ambitions that paid off. This organized colonialization of Ulster in 1609 was meant to pacify the wild north. At that time, it was perhaps the most rebellious part of Ireland. Well, these planters, unlike previous ones in Munster, didn’t mix with the Irish and settled. Hell, many of those that later settled and colonized the US were people that first colonized Ulster.

In some ways, Ulster was the testing ground for colonial policies for the future. However, the division created between planters and natives didn’t go down too well, and resentment and anger grew. The purpose of the planters was to make Ireland friendlier to the British crown and subjugate the Irish to be incorporated into it or at least remove them from the land and let the English and Scottish take over.

This is was the base of what formed Unionism. It was loyalty to the crown in Ireland (and Scotland), and it hasn’t always been a strictly Protestant belief either.

The Siege Mentality and Cultural Dominance of Unionism Over the Irish

Throughout Ireland’s bloody history, Ulster Protestants have always been besieged by the rest of Ireland. This siege mentality is personified by a single event in Ireland’s history; The Siege of Derry in 1698. The siege lasted 105 days and is a rallying call against the fenians at the gate. Its meaning is so ingrained in the minds of Ulster Unionists, and I don’t blame them. On the island of Ireland, they’re outnumbered and historically were the group most likely targeted for reprisals.

However, the one event in history that exemplifies their claim of cultural and military dominance over the people they colonized was The Battle of the Boyne in 1690, when the Protestant Dutch King William of Orange defeated a would-be Catholic king of Britain. It essentially guaranteed Protestant dominance on the isles.

It also resulted in Ulster unionists reenacting the battle every year on July 12th and having a sense of superiority over the Catholic Irish. Historically, this day belongs to the Loyal Orange Lodge. They marched through predominantly Catholic Irish areas proclaiming their victory, which led to a lot of absolute anarchy on both sides.

In recent years the Twelfth has turned into a day of defiance against the ever-growing deterioration of Ulster Unionism. Such a decline has led to violent confrontations and generally costs tens of millions of pounds each year. Oh, and just so I don’t forget to add, they have massive bonfires where they burn Irish flags. Sometimes they confuse the Irish flag with the Ivory Coast’s and instead make an African hate crime instead of an Irish one.

In short, Ulster Unionist dominance is based on their relationship with the rest of the United Kingdom, and without it, they’ve no identity. Their identity is being British, albeit nowadays, that vision of Britishness is antiquated. Many in Northern Ireland see themselves as being more British than the English, Scottish, and Welsh.

Their connection with Queen and country is everything to them. Though they do tend to still throw bricks and bottles at the Queen’s police and army.

What is the Democratic Unionist Party 北愛爾蘭的民主統一黨?

The party’s founder and leader of the DUP for 60 years who resigned in 2008, Reverend Ian Paisley, would say the following of Irish Catholics:

He also believed the Pope was the anti-Christ and heckled him in the European Parliament. He also believed the EU was a mass conspiracy. Mind you, he was an evangelical reverend who was of the opinion the Earth wasn’t more than a few thousand years old and that having a dance was a sexual sin.

“I denounce you, Antichrist! I refuse you as Christ’s enemy and Antichrist with all your false doctrine”

The party nowadays isn’t much better. They’re vehemently against same-sex marriage and abortion rights for women. It’s quite well-known that unionist voters are somewhat disillusioned with their stance on these issues but continue to support the DUP to oppose the Irish “agenda.”

In many ways, the party only remains strong because there aren’t many alternatives for non-hardline unionists. That’s ironic because the DUP was once the hardline party that overtook the UUP. Their political mainstream and success have led them to be less vocal visceral. However, they still make some pretty horrendous comments, but not the worst compared to their unionist party competitors vying for a new political dominance and direction of unionism.

Comparing the KMT and DUP — Flailing Cultural and National Identity

Well, instead of wanting unity with China like the KMT, the DUP wants to keep the unity between Northern Ireland and the United Kingdom. The party is made up of predominately Protestants who are generally descended from planters who came to Northern Ireland in waves to colonize and “tame” the land. They’re more generally referred to as Ulster-Scot (17 presidents in the US were Ulster-Scot).

Irish nationalism and identity represent the destruction of their culture, society, and very existence. Still, even elements within the DUP have admitted they’ll need to eventually plan for the eventuality of Northern Ireland becoming part of an Irish Republic.

Right here, you can see they’re similar to the KMT.

Just like the DUP, the KMT’s grip on political hegemony declined. Their voters tend to be older, and the lines are drawn between 本省人 (Hoklo) and 外省人 (KMT that came after losing the civil war) are all but evaporated. Most Taiwanese don’t consider themselves Chinese, and most have a negative view of China.

Unionists in Northern Ireland are also on a demographic decline. Remember what Ian Paisley said about Catholics breeding like rabbits? That turns out to be somewhat true. Catholics have more kids than Protestants and will eventually overtake them in terms of population.

The KMT and DUP are Far, Far, Far Away from Not being Relevant

Despite all the above, both the KMT and DUP will continue to be political giants on both our islands.

Voter sway in Taiwan is massive, and the same identity politics that prevents voters from crossing political lines isn’t as fierce in Taiwan as it is in NI.

What I will say is this, don’t get complacent and arrogant. No matter if Taiwan becomes de facto independent or if the KMT is relegated to a smaller party if the TPP snatches enough support from them, they will still be a powerful entity in Taiwan that has to be negotiated with.

It is the same in NI. The DUP and unionism can’t be ignored. No matter if Ireland is reunited or not, the unionists will always have a part in our island. When it comes to the KMT and DUP, I remember the expression, “The child who is not embraced by the village will burn it down to feel its warmth,” because that’s what will happen if they’re both ignored too long.

While both the DUP and the KMT are in decline, don’t write them off. Doing so is dangerous for us and for them.

Instead, I recommend looking at the Irish flag and what it originally meant. 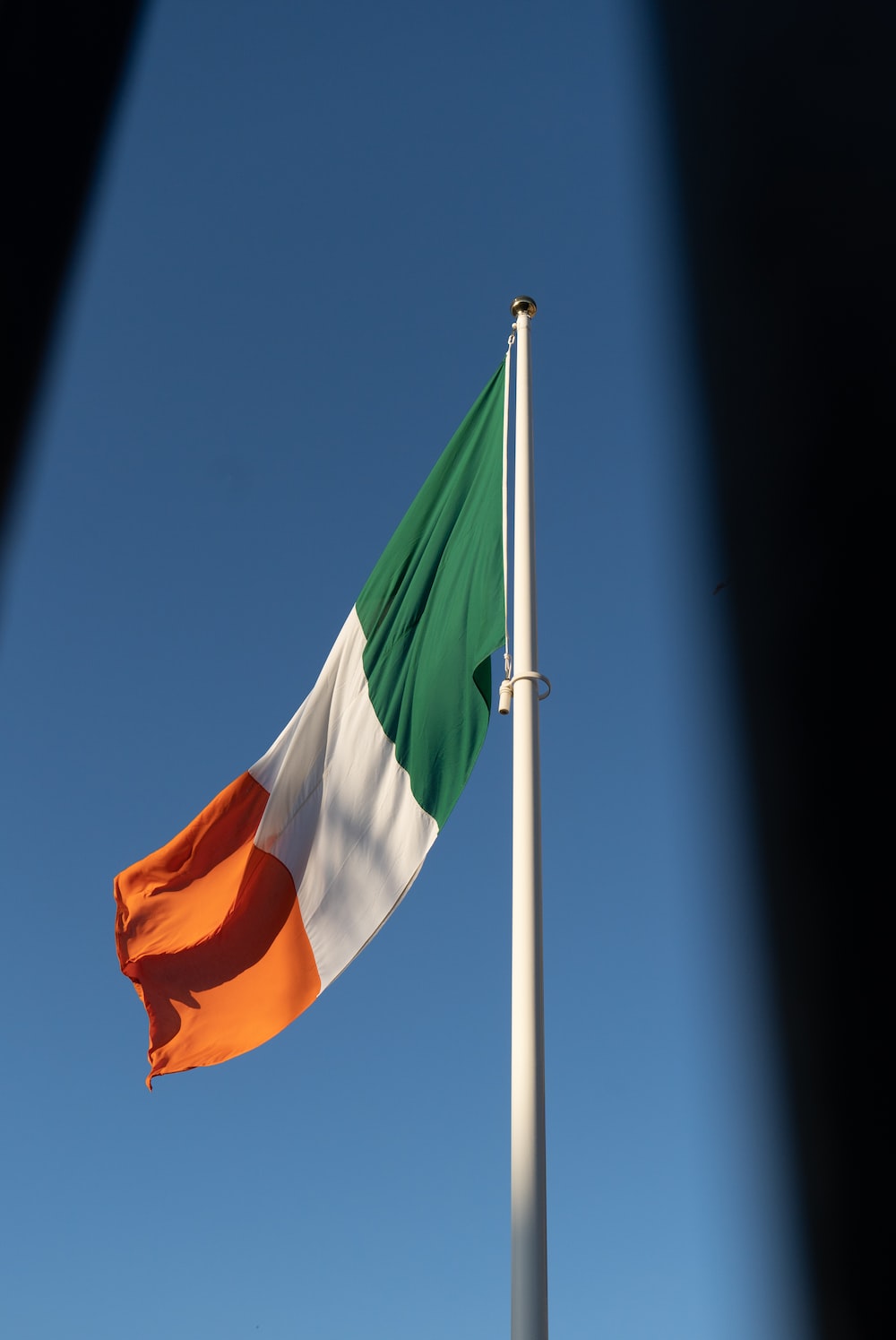 Green: Irish nationalists (Catholic and Protestant)
White: Peace on the island between the communities
Orange: British Protestants (and Catholics)

The flag represents the diverse reality of Ireland. It belongs to many people. No matter the political or historical discourse, the reality is that we are here today, and we have to learn to live together for a better Ireland or Taiwan.

The question now is, is everyone ready for a united Ireland and an independent Taiwan? That’s a discussion that all parties must make and be honest with themselves on it.

最近中國的進口是蠻奇怪的啦
小指過三關，不愁吃喝穿
當我想要貸款買房子，銀行讓我先付40％的頭期款。
我非常手指交叉這次能參加這個演唱會。台灣好久沒有國際的音樂表演。希望在2023年會改變這個情勢。
我真心愛蛋餅和最後生還者.
今年的過年是太好玩。跟我台灣家人和朋友喝了很多，聊了很多，但是我腦子不能繼續講中文。我今天看了愛爾蘭電影和電視劇。是為了讓我腦子有一種平衡力。
三小，最近的天氣是好冷但是白痴的蚊子還是要吃我的屁股。
Well, it's underway, the new, crisp note madness. Good luck banking this week!
不是才我來到了台灣我發現 落日飛車 Sunset Rollercoaster 來自台灣！我真的以爲他們是美國的。歹勢！
嗯，政府和公司歡迎外籍勞工來台灣工作然後利用他們。如果他們抱怨一點老闆會說那滾回去你的國家吧。
I've started to called 台味的聖誕節 as a joke. LNY is slowly growing on me more. Just wish there was more LNY songs like there are christmas ones or am I way off on this one? Either way, I got a LNY ugly sweater ready.
我申請了我的永久居留證。我是非常非常興奮！
天吶，愛爾蘭人真的愛生孩子。我有太多了表哥，表弟，表姐，表妹等等。
我住在台灣很久但是我還是有人要歡迎我哈哈哈哈
我8年前在愛爾蘭跟我好友們去我們的local酒吧。我們要看我們在美國上學的愛爾蘭朋友。他一直跟我們說美國這個那個這個都比愛爾蘭好。
是一種魔法！！！！！！！！！！
我真的討厭KTV。 是一種酷刑的方法。
I was a good boy back in 1993 because I was too busy sleeping.
是第一次我說了阿哇呾喀呾啦
NOOOOOOOOOOOOOOO
%d bloggers like this: